Well, guess who made an appearance in the vase? Mr. Butterfly arrived even sooner than I expected!! 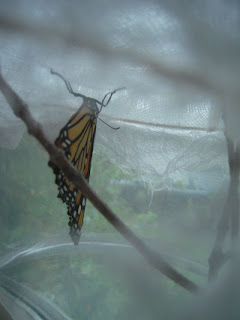 So we waited until the weather was just right and let him go out in our flower garden. At first he wasn't ready to leave: 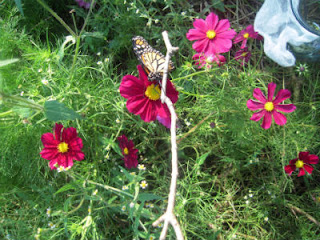 I used one of the sticks and coerced him to step onto it, then I gently pulled it out and brought it to a flower. He stepped onto it. 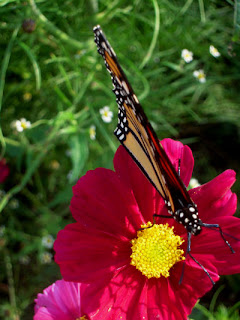 And, within moments he had made a friend.... 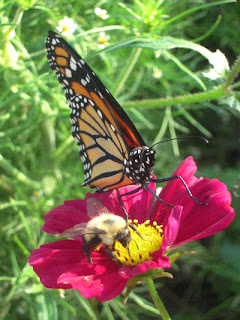 He stayed for about two seconds....and then caught a fast breeze and zipped away!! I didn't even get a chance to take a picture of him on the fly. He made up his mind and just did it....well, I suppose it IS a long way to Mexico from Maine. :-)

It's so magical to imagine a such a change happened in this little cocoon: 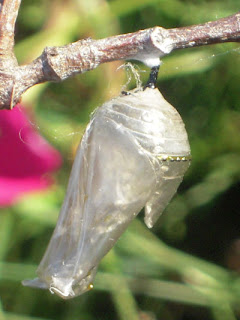 I suppose that might be what some of us are trying for when we get all wrapped up in a treatment at the spa....if a caterpillar can do it....
:-)

Thanks so much for following along as we went through the process of Raising a Monarch!!