Maine Maple Sunday is always a fun day to get out and learn about (and of course *sample*) some of the great maple syrup made in the state. This year it was held on March 24th. We have gone to a couple different farms in the past (there is even a small Sugar House owned by my extended family). This year we ventured to Sidney, Maine to Bacon Maple Farm. 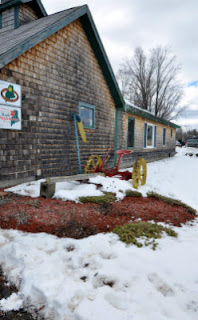 Bacon Maple Farm is a six generation family owned operation. It started out as a dairy farm with Maple Syrup as a supplement, but it is now primarily Maple Syrup based. 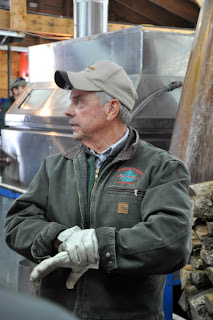 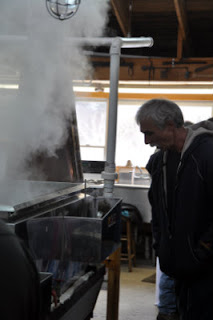 After waiting in a fairly fast moving line we got a get a tour of the sugar house. They have a truly efficient operation with all the members of the family involved in every part of the process. 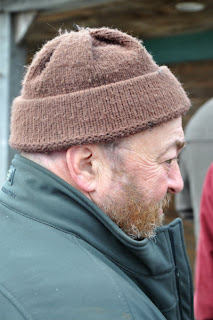 While waiting in line I met a man, never even got his name, but we chatted a lot about sugaring. He's got an operation of about 200 tree's. I laughed and told him we had 4 going right now, and that was *more* than enough for us. I wanted to show you his picture because that man right there..... he is a Mainer. He embodies Maine spirit to a tee. He waited the whole time in line, not to see the process, but to buy some sugaring supplies from the Bacon Farm store. 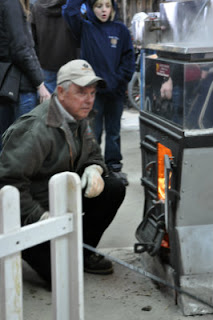 This man just keeps feeding the fire. And he's full of information. 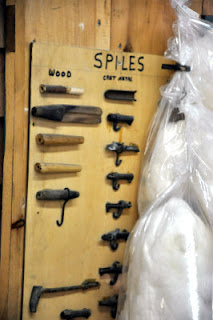 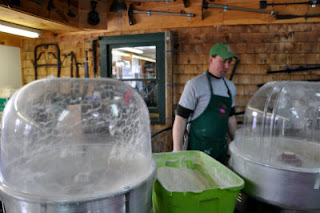 On top of having some delicious vanilla ice cream with a dabble of maple syrup on top, they were also selling Maple Syrup Cotton Candy!!!! What an awesome idea. It was so  good. The tour led us right into their store (such a bright idea), where just about every size jug of maple syrup could be found, along with whoopie pies, sugaring supplies, maple candy, and I even saw some maple wine. The store was partly manned by some young entrepreneurs: 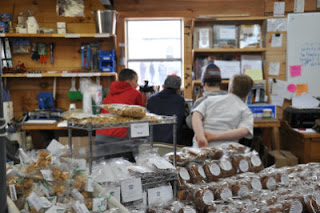 Who were also seen driving around the Kawasaki Mule with the collection tank in the back. 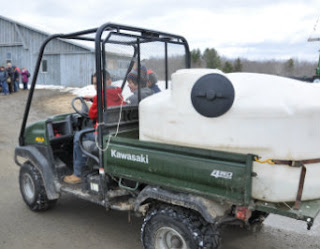 That's Maine for you, right there. If you're lucky enough to be born into a farm family, you are part of that process from sun up to sun down. 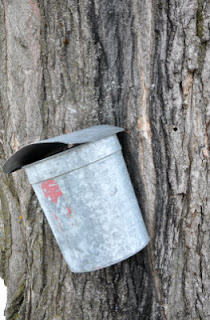 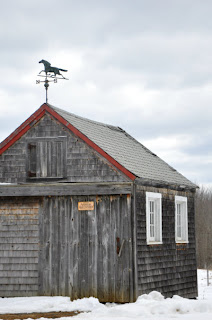 All in all, I was truly impressed with this sugaring operation. Bacon Maple Farm is the biggest one I've seen yet and it still maintains that charming family farm atmosphere. If you'd like to visit their website and learn more about them and the entire sugaring process, you can find them HERE.
They are also on FACEBOOK. 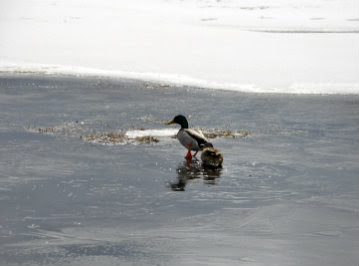 On the way back to the car we saw a Mallard and his mate sliding around on the ice, finding the holes where they could stick their beaks down and get something to eat. Spring is coming people!!!!!
....................

I also wanted to let you know who I'm going to be featuring on my sidebar for the next week for their project they added to my Marvelous Mess Party: 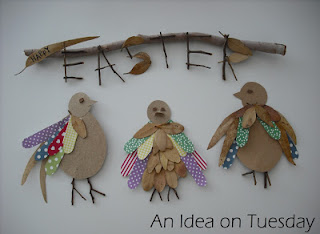 Nature Birds by An Idea on Tuesday
Congrats!!! Don't forget to grab my button on the sidebar!!!

Now, please do add your latest to the party!!!!!