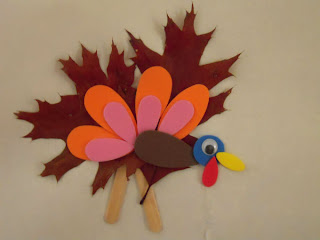 This was the most recent craft I hosted at the library. I thought it would be a great way to welcome November and highlight the leaves that are now falling so fast from the tree's. :-)
What you need:
Pressed leaves
Assorted Foam Shapes
Glue
Craft sticks
Googly Eyes
Card stock Paper
~Glue the leaves onto the paper.
~Glue foam shapes on top as small feathers.
~Glue a round foam circle as the body.
~Find shapes for the head, wattle, and beak and glue them on.
~Add a craft stick (broken in half) for the legs.
~A nice googly eye for fun will finish the project!!
I'm sharing this project at these funky linky parties:
Frugalicious Friday 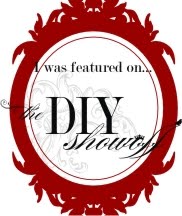 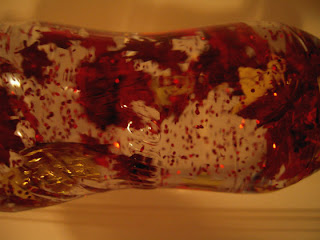 This picture doesn't do the craft much justice....there's a video below!!
Well, I'm back to a weekly stint of volunteer crafting at our local library, just in time for Halloween!! This week I decided to have us all make Autumn Leaf Globes.
Here's what you need:
Clean bottle (with cap)
light corn syrup
water
glitter (red, orange, yellow)
Tin Leaf confetti (found at Rite Aid)
Here's a short video of what it looks like:
I shared this post at these funky linky parties:
Works For Me Wednesdays
Frugalicious Friday

For my Munchkins birthday this year, we worked on a seal theme chosen by the Munchkin herself. After searching around the web I realized, "Hey, Seal Parties.......NOT that popular."
So, I had to make up the theme myself!! Here's the basic gist: 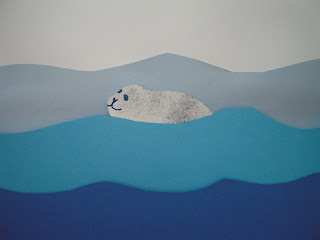 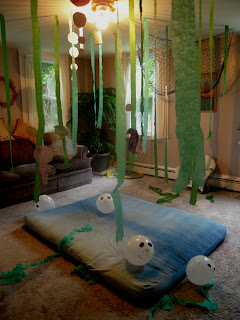 Our playroom became an underwater adventure room. I used crepe streamers in various shades of green and taped them to the ceiling and tossed them on the floor to be seaweed. White balloons became Harp Seal pups with a black permanent marker. I found a fishing net on sale for $2 and I draped that on the ceiling to give the room a little extra decor. :-) 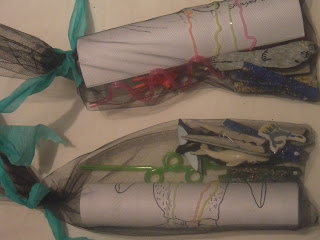 I sewed up some little black mesh bags and put in some sea themed coloring pages that I printed out, sea themed silly bands holding the coloring pages in place, clothespin fish that the munchkin and I made together, clothespin seals, a curly-q silly straw, and a small selection of plastic sea animals. The mesh bag was tied with a bit of the "seaweed" crepe. 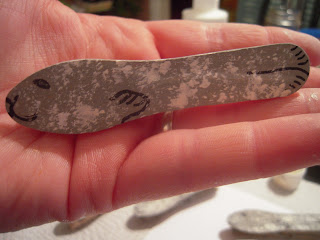 I also made some more polymer clay seals for the Munchkins collection: 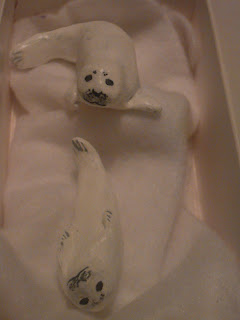 Of course, we had our Rocker Seal: 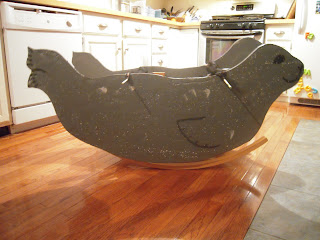 And, I even made a cake. It was the most delicious 3 tiered yellow cake with buttercream frosting and fondant seals, rocks, and sea weed. Unfortunately, I didn't take any good pictures of the cake!! Here is the best that I could get: 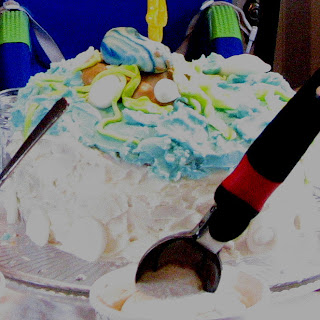 The little white circles around cake and on the rock are actually nautilus sea shells. The picture doesn't do it any justice; I had to mess with the all the photo editor settings just to get this picture looking the way it does. :( But, you get the idea, right??
The Munchkin had a total blast. The seal party was a success with the young and the old. :-)
Just before writing this post, I received an email from a woman (and fellow blogger) named Andie who had hosted a seal party last year!! If only I had known sooner, I would have found some inspiration from her party I am sure. :-) Here is the LINK should you want to check it out!!
I am linking up to all these Great Blog Parties, check them out and be inspired!!
Thrifty Thursday
Whatever Goes Wednesday
Frugalicious Friday